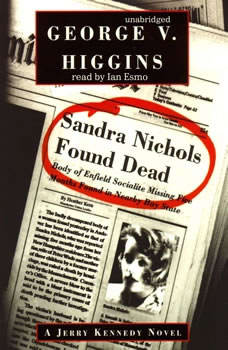 A dead body discovered in a rural Massachusetts wetland turns out to belong to a woman with a past: Sandra Nichols, missing for seven months. Wrongful death? Murder one? We’ll leave that to Jerry Kennedy. Judge Henry Lawler has his own reasons for appointing classmate Jerry Kennedy to try the case of the Estate of Sandra Nichols v. Peter Wade, on behalf of Sandra’s three orphaned children. An old hand at criminal cases, Jerry makes an exception for Judge Henry to try this civil case; after all, what are friends for if not to impose on a guy? In as much as Sandra was murdered several months before her body was found, alibis are fairly easy to come by—even for Peter Wade, her ex, who is the most likely suspect. Since the evidence is too elusive to establish Wade’s guilt beyond a reasonable doubt, wrongful death is the easier verdict; Jerry just needs to make Wade’s guilt 51% certain.