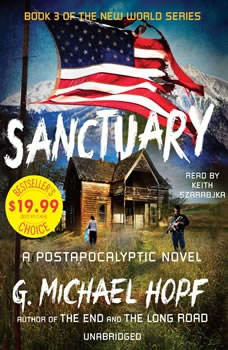 Months after a super-EMP attack devastated the United States, the country is now unrecognizable. Major cities are run by gangs, survivors are dying of starvation and the government is falling victim to lawlessness. Those who were prepared for the end find that they weren’t really prepared at all.

A captivating tale of humanity pushed beyond its breaking point, of family and bonds of love forged when everything is lost, and of a heroic young woman who crosses a frozen landscape to find her destiny, this debut novel is in a post-apocalyptic tr...

"Stunning and brilliant....A wholly original take on the post-apocalypse genre." ---Dan Chaon, author Await Your ReplyThe world Cal and Frida have always known is gone, and they've left the crumbling city of Los Angeles far behind them. They now li...