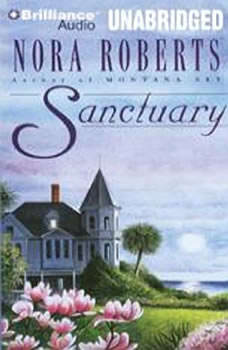 Successful photographer Jo Ellen Hathaway thought she had escaped the house long ago. It was where she spent her loneliest years, after her family was shattered by the sudden, unexplained disappearance of her mother. But now, the sprawling resort off the coast of Georgia haunts her dreams. Even more haunting are the pictures that someone is sending her - strange close-ups, candid shots, and finally, the most shocking and heartbreaking portrait of all: a photograph of her long-lost mother. . . naked, beautiful, and dead. Jo realizes that it's time to return to Sanctuary. The island inn, still run by her estranged family, brings back painful memories and the troubled relationships she struggled so hard to escape and forget. But it seems that her stalker can even breach the safety of this tiny island, where everybody knows everybody - or thinks they do. And Sanctuary may be the most dangerous place of all.