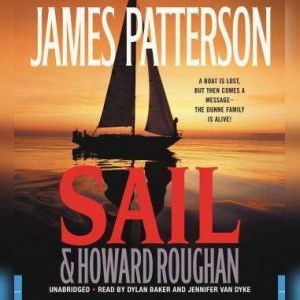 Since the death of her husband, Anne Dunne and her three children have struggled in every way. In a last ditch effort to save the family, Anne plans an elaborate sailing vacation to bring everyone together once again. But only an hour out of port, everything is going wrong. The teenage daughter, Carrie, is planning to drown herself. The teenage son, Mark, is high on drugs and ten-year-old Ernie is nearly catatonic. This is the worst vacation ever.Anne manages to pull things together bit by bit, but just as they begin feeling like a family again, something catastrophic happens. Survival may be the least of their concerns. Written with the blistering pace and shocking twists that only James Patterson can master, SAIL takes "Lost" and "Survivor" to a new level of terror.

Great story with many unexpected twists!

I am a big fan of the Cross series. Have a hard time picking up anything that does not relate to that series. While I have read other selections of Patterson, I have to say Sail was a nice surprise. It peeked my interest with the twists & turns. I found myself trying to read faster so I could find what the outcome would reveal !!!!