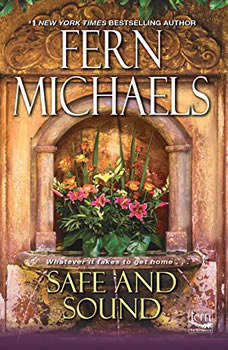 The Sisterhood: a group of women from all walks of life bound by friendship and a quest for justice. Armed with vast resources, top-notch expertise, and a loyal network of allies around the globe, the Sisterhood will not rest until every wrong is made right. Now in their 29th adventure, the Sisterhood team up to find a gifted but neglected child the home he deserves. Isabelle Flanders Tookus isn't expecting to involve the Sisterhood in a new mission when she strikes up a friendship with a curly-haired boy in her local park. Ben Ryan is eight years old, sweet, funny, and smarter than most adults--a child genius, in fact. He's also in much deeper danger than he realizes. Ben is the grandson of millionaire Eleanor Lymen, who hired Izzy years ago to design an institute for gifted children. Ben's mother passed away and Ben now lives with his stepfather, Connor, and Connor's wife, Natalie. Yet as Izzy soon learns, Ben's home life is far from happy. Connor and Natalie are constantly fighting. They've been using Ben's trust fund to support their lavish lifestyle while shamefully neglecting Ben. And with Natalie getting greedy, Ben's safety is now in jeopardy. Izzy's first step: call in the Sisterhood. The second: track down Eleanor, who has mysteriously vanished on a secret mission of her own, trying to right an old wrong. Izzy, Annie, Myra, and the rest of the Sisters come together at Pinewood, thrilled to be united once more. Together they'll lay a trap for Natalie and Connor, one that will protect Eleanor's beloved grandson, get him into the happy home he deserves, and provide the kind of creative, satisfying payback the Sisters dish out so well...