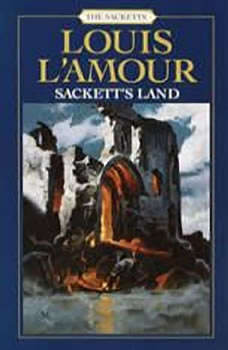 After discovering six gold Roman coins buried in the mud of the Devil’s Dyke, Barnabas Sackett enthusiastically invests in goods that he will offer for trade in America. But Sackett has a powerful enemy: Rupert Genester, nephew of an earl, wants him dead. A battlefield promise made to Sackett’s father threatens Genester’s inheritance. So on the eve of his departure for America, Sackett is attacked and thrown into the hold of a pirate ship. Genester’s orders are for him to disappear into the waters of the Atlantic. But after managing to escape, Sackett makes his way to the Carolina coast. He sees in the raw, abundant land the promise of a bright future. But before that dream can be realized, he must first return to England and discover the secret of his father’s legacy.