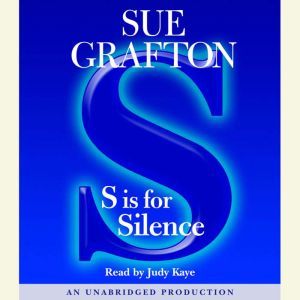 S Is For Silence

Thirty-four years ago, Violet Sullivan put on her party finery and left for the annual Fourth of July fireworks display. She was never seen again. In the small California town of Serena Station, tongues wagged. Some said she'd run off with a lover. Some said she was murdered by her husband. But for the not-quite-seven-year-old daughter Daisy that she left behind, her absence has never been explained or forgotten.

Now, thirty-four years later, she wants the solace of closure.

In S IS FOR SILENCE, Kinsey Millhone's nineteenth excursion into the world of suspense and misadventure, S is for surprises as Sue Grafton takes a whole new approach to telling the tale. And S is for superb: Kinsey and Grafton at their best.

I loved s is for silence by sue grafton. This is another one of the Kinsey books, and I feel like they just get better and better! True, we don't get much about Kinsey and her life in this book… it's focused on the disapearance of a woman named Violet, back in 1953, which is 33 or so years before the present time of this novel it's set in the late 80s. I love Cold Case on tv, and this was just like one. Kinsey is going back to the town to try to dig up clues on this really old mystery, and mixed in are stories from the point of view of various characters, happening back in the days leading up to her dissapearance way back then. I love seeing how people were then and now. She builds the characters so well, I got right into the story. And, the whole time, you're wondering, which of these people whose heads I've been in may be a killer… and you're hoping that Violet just ran away. Do read this book, which works fine as a stand-alone book if you haven't read the rest of the series. 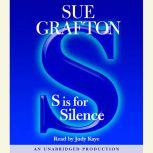 S Is For Silence
A Kinsey Millhone Novel #19