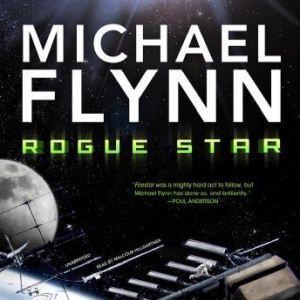 Michael Flynn opened his saga of near-future technology and space exploration withFirestar, in which he introduced a set of characters orbiting around one powerful and determined woman: Mariesa van Huyten, who is obsessed with the need to get humanity back into space and to save Earth from disaster. InRogue Star, van Huytens struggles continue. Three astronauts are headed out beyond Mars on the first human trip to the asteroid belt. In orbit around Earth, a construction crew is building the first permanent space station, owned by van Huytens consortium. Meanwhile, the president of the United States is trying to force her into making a secret deal to put weapons in orbit so he can intervene in the ongoing wars. Van Huytens plan is in placeand some people will kill to stop it.