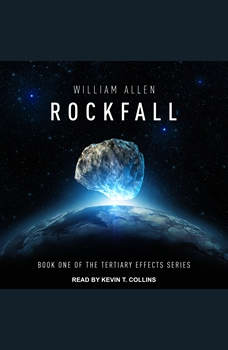 From out of the clear blue sky, an unknown chunk of rock from the frozen void strikes the Earth with unimaginable force, gouging a wound into the very crust of the planet. Millions die in an instant, and millions more await the end as the looming catastrophe unfolds . . . Thousands of miles away from the disaster, a call comes in the middle of the night. Families act, and react, and while panic spreads, the world keeps on spinning. Maybe a little slower, and perhaps with a teeny bit more of a tilt, but such things are a mere trifle to the existence of a planet. For the human inhabitants of this planet, though, the meteor's collision will have far-reaching effects as the impact creates ripples throughout their fragile existence. Bryan Hardin just wanted to create a sanctuary in the country for his remaining family, a place to heal his wounded spirit as he struggles with survivor's guilt and approaching middle age. He's hardly the heroic type, but his family is going to need all of them to act like heroes if they are going to survive the spreading effects of the Rockfall. The Earthquakes are Primary Effects. The Tsunami are Secondary Effects. Will Anybody Survive the Tertiary Effects?