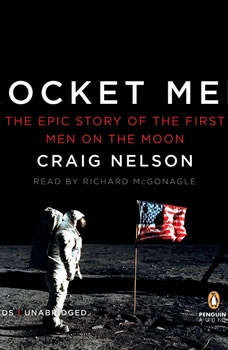 Rocket Men: The Epic Story of the First Men on the Moon

"Celebrates a bold era when voyaging beyond the Earth was deemed crucial to national security and pride."
-The Wall Street Journal

Restoring the drama, majesty, and sheer improbability of an American triumph, this is award-winning historian Craig Nelson's definitive and thrilling story of man's first trip to the moon. At 9:32 a.m. on July 16, 1969, the Apollo 11 rocket launched in the presence of more than a million spectators who had gathered to witness a truly historic event. Through interviews, 23,000 pages of NASA oral histories, and declassified CIA documents on the space race, Rocket Men presents a vivid narrative of the moon mission, taking readers on the journey to one of the last frontiers of the human imagination.