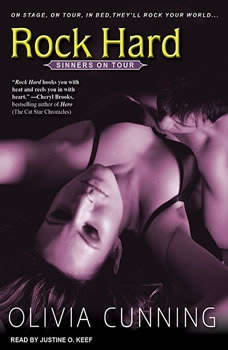 The second book in the Sinners on Tour series features lead singer Sedric Lionheart, who became a playboy after his fiancee, Jessica, broke his heart. Trapped on a summer tour together for two entire months—but stubbornly desperate to stay apart—they find a million steamy reasons why they had that lovin' feeling in the first place.

It's been months since Brian Sinclair, lead guitarist for the famous rock band, Sinners, composed anything. Unable to write the music that once flowed so naturally, Brian is lost without his musical mojo. But when sexy psychology professor Myrna ...