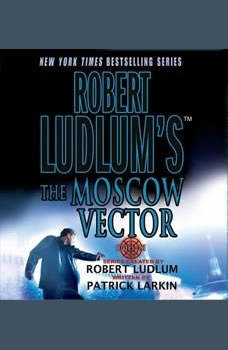 The thrilling new novel in the bestselling Covert-One seriesAt an international medical conference in Prague, Dr. Fiona Devin—an American scientist attached to the Department of Defense—is contacted by one of her Russian colleagues. Dr. Valentin Petrenko, a specialist in rare diseases, is concerned about a small cluster of deaths in Moscow but even more concerned by the Russian government's refusal to publicly release any information or data on the outbreak. When he meets with Devin to pass on his case notes and samples, the two are attacked, Petrenko is killed while Devin barely escapes with the notes and medical samples. Covert-One operative Lt. Col. Jon Smith, is dispatched to Prague to get Devin and her information safely back to the U.S.As Devin begins to analyze the information, a series of highly placed figures in the U.S. government become ill with a mysterious illness that bears a close resemblance to the disease described in Petrenko's notes. The disease is the perfect assassination tool—a bioweapon that, using each target's DNA, is undetectable, unstoppable, and incurable. With few clues and little time, Jon Smith must find the mysterious figure who stands at the center of this nefarious plot.