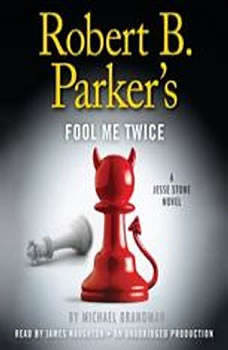 Robert B. Parker's Fool Me Twice: A Jesse Stone Novel

Autumn in Paradise, Massachusetts, is usually an idyllic time—but not this year. A Hollywood movie company has come to town, and brought with it a huge cast, crew, and a troubled star. Marisol Hinton is very beautiful, reasonably talented, and scared out of her wits that her estranged husband’s jealousy might take a dangerous turn. When she becomes the subject of a death threat, Jesse and the rest of the Paradise police department go on high alert.
And when Jesse witnesses a horrifying collision caused by a distracted teenage driver, the political repercussions of her arrest bring him into conflict with the local selectmen, the DA, and some people with very deep pockets. There’s murder in the air, and Jesse’s reputation as an uncompromising defender of the law—and his life—are on the line.

Robert B. Parker's Damned If You Do
A Jesse Stone Novel #12