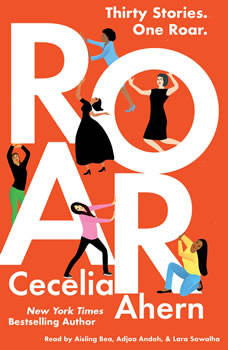 From the bestselling author of P.S., I Love You, a fiercely feminist story collection that illuminates--sometimes in fantastical ways--how women of all kinds navigate the world today.In this singular and imaginative story collection, Cecelia Ahern explores the endless ways in which women blaze through adversity with wit, resourcefulness, and compassion. Ahern takes the familiar aspects of women's lives--the routines, the embarrassments, the desires--and elevates these moments to the outlandish and hilarious with her astute blend of magical realism and social insight.One woman is tortured by sinister bite marks that appear on her skin; another is swallowed up by the floor during a mortifying presentation; yet another resolves to return and exchange her boring husband at the store where she originally acquired him. The women at the center of this curious universe learn that their reality is shaped not only by how others perceive them, but also how they perceive the power within themselves. By turns sly, whimsical, and affecting, these thirty short stories are a dynamic examination of what it means to be a woman in this very moment. Like women themselves, each story can stand alone; yet together, they have a combined power to shift consciousness, inspire others, and create a multi-voiced ROAR that will not be ignored.