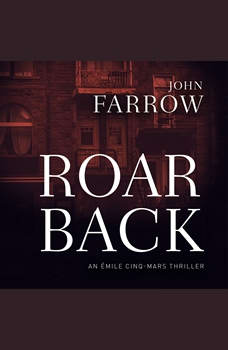 Sergeant-Detective Émile Cinq-Mars fails with a task set to him by his former captain and the consequences look set to spark a gangland war in Montreal. Montreal, 1978. Newly promoted Sergeant-Detective Émile Cinq-Mars attends the scene of seventeen break-ins at an apartment complex. Nothing more than stolen toasters. Cinq-Mars suspects that the burglaries are a trial run for a bigger heist . . . until he discovers a body pinned to a wall with a machete in one apartment. When the former captain of Night Patrol, Armand Touton, receives a tip from an undercover informant in the Mafia, Cinq-Mars is ordered to intervene with a prisoner's release: the man must stay behind bars. He fails with the task and the immediate consequences are devastating. While trying to remedy his failure, solve the mystery of the break-ins and the case of the dead body, a chilling aspect emerges . . . gangland Montreal is bracing for war.