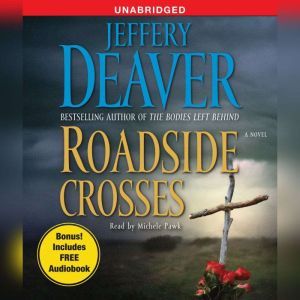 The Monterey Peninsula is rocked when a killer begins to leave roadside crosses beside local highways -- not in memoriam, but as announcements of his intention to kill. And to kill in particularly horrific and efficient ways: using the personal details about the victims that they've carelessly posted in blogs and on social networking websites. The case lands on the desk of Kathryn Dance, the California Bureau of Investigation's foremost kinesics -- body language-expert. She and Deputy Michael O'Neil follow the leads to Travis Brigham, a troubled teenager whose role in a fatal car accident has inspired vicious attacks against him on a popular blog, The Chilton Report. As the investigation progresses, Travis vanishes. Using techniques he learned as a brilliant participant in MMORPGs, Massively Multiplayer Online Role-Playing Games, he easily eludes his pursuers and continues to track his victims, some of whom Kathryn is able to save, some not. Among the obstacles Kathryn must hurdle are politicians from Sacramento, paranoid parents and the blogger himself, James Chilton, whose belief in the importance of blogging and the new media threatens to derail the case and potentially Dance's career. It is this threat that causes Dance to take desperate and risky measures... In signature Jeffery Deaver style, Roadside Crosses is filled with dozens of plot twists, cliff-hangers and heartrending personal subplots. It is also a searing look at the accountability of blogging and life in the online world. Roadside Crosses is the third in Deaver's bestselling High-Tech Thriller Trilogy, along with The Blue Nowhere and The Broken Window.