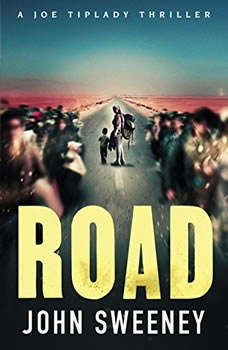 When a child is kidnapped by his unstable mother, the father turns to Joe Tiplady—offering him a lot of money to find the boy and bring him back. It soon becomes clear that Joe will have to earn every cent: mother and son are in war-torn Syria, and they’ve willingly joined the ranks of ISIS.Meanwhile Zeke Chandler, CIA deputy director, is in Albania, where four electrocuted bodies have been found on a mountainside near a secret black-ops facility. Two seemingly unrelated incidents, but Joe will find himself crossing paths with Zeke again.From the Hollywood underworld to bombed-out Aleppo, via a controversial US election and a global refugee crisis, Joe’s hunt for the missing boy will send him to the darkest, most dangerous places in the modern world. And his search may force him to confront the unfinished business in his own murky past—that is, if he survives.