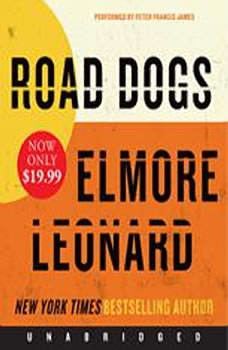 “Road Dogs is terrific, and Elmore Leonard is in a class of one.”—Dennis Lehane, author of Shutter Island and Mystic River “You know from the first sentence that you’re in the hands of the original Daddy Cool....This one’ll kill you.”—Stephen King Elmore Leonard is eternal. In Road Dogs, the PEN USA Lifetime Achievement Award winner and “America’s greatest crime master” (Newsweek) brings back three of his favorite characters—Jack Foley from Out of Sight, Cundo Rey from La Brava, and Dawn Navarro from Riding the Rap—for a twisting, explosive, always surprising masterwork of crime fiction the San Francisco Chronicle calls, “a sly, violent, funny and superbly written story of friendship, greed, and betrayal.”

This Body of Death
by Elizabeth George

"George explores her characters' dreams and fears with a penetrating grace that makes reading her books a joy." —Washington Post Book World "Elizabeth George reigns as queen of the mystery genre. The Lynley books constitute the smartest, most ...

The What the Dead Know
by Laura Lippman

Thirty years ago two sisters disappeared from a shopping mall. Their bodies were never found and those familiar with the case have always been tortured by these questions: How do you kidnap two girls? Who'or what'could have lured the two sisters aw...

Murder. Scandal. Politics. And one billionaire heiress so dangerous in so many ways. An explosive Lucas Davenport thriller from #1 New York Times bestselling author John Sandford. All hell has broken loose in the capital. An influential state senat...