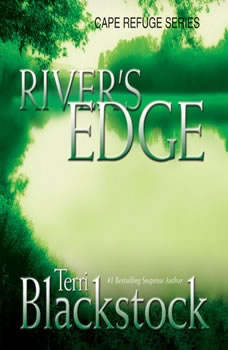 The man Lisa Jackson loved most may have betrayed her. Another used deception to manipulate her. But did one of them kill her? Ben Jackson is sure to defeat Jonathan Cleary in Cape Refuge’s mayoral race, until his wife turns up missing the day before a major debate. Suspecting foul play, Police Chief Cade launches an island-wide search. But it takes a psychic’s “vision” to point police to the riverside—and Lisa’s body. The evidence implicating Ben in his wife’s murder is convincing. But as a local scandal escalates into a national media circus, Cade’s instincts tell him to dig deeper. And he’s not the only one. Blair Owens of the Cape Refuge Journal is using her investigative skills to uncover a rat’s nest of dirty secrets—and more than one person with a motive for murder. But Blair’s methods are jeopardizing her relationship with Cade, and an unsolicited prediction from the psychic only adds to her troubles. Is the man’s so-called gift truly from God, as he claims? Did Lisa’s murder have anything to do with the mayoral race, her husband’s alleged affair, or her decade-long struggle with infertility? Whoever the killer is, he’s about to take his evasion of justice to the next, lethal level. And someone else is going to die.

The Bones Will Speak
by Carrie Stuart Parks