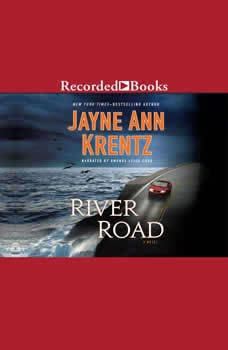 It' s been thirteen years since Lucy Sheridan was in Summer River. The last time she visited her aunt Sara there, as a teenager, she' d been sent home suddenly after being dragged out of a wild party-- by the guy she had a crush on, just to make it more embarrassing. Obviously Mason Fletcher-- only a few years older but somehow a lot more of a grown-up-- was the overprotective type who thought he had to come to her rescue. Now, returning after her aunt' s fatal car accident, Lucy is learning there was more to the story than she realized at the time. Mason had saved her from a very nasty crime that night-- and soon afterward, Tristan, the cold-blooded rich kid who' d targeted her, disappeared mysteriously, his body never found. A lot has changed in thirteen years. Lucy now works for a private investigation firm as a forensic genealogist, while Mason has quit the police force to run a successful security firm with his brother-- though he still knows his way around a wrench when he fills in at his uncle' s local hardware store. Even Summer River has changed, from a sleepy farm town into a trendy upscale spot in California' s wine country. But Mason is still a protector at heart, a serious (and seriously attractive) man. And when he and Lucy make a shocking discovery inside Sara' s house, and some of Tristan' s old friends start acting suspicious, Mason' s quietly fierce instincts kick into gear. He saved Lucy once, and he' ll save her again. But this time, she insists on playing a role in her own rescue . . .

In the year 2060, cutting-edge investigative tools can help catch a killer. But there are some questions even the most advanced technologies cannot answer. . . . At the most solemn moment of a Catholic funeral Mass, the priest brings the chalice to ...

No one does romantic suspense better than Jayne Ann Krentz. Now, the New York Times bestselling author of Trust No One and River Road delivers a novel that twists and turns into a read that will leave you breathless. Madeline and Daphne were once as...

Eve Dallas and her partner, Peabody, are following up on a brutal, senseless crime — an elderly grocery owner killed by three stoned punks for nothing more than kicks and snacks. And for the first time, Peabody is primary detective on the case...

Her career in homicide has taken her into the darkest depths of New York City’s underground—and sometimes Lieutenant Eve Dallas feels more comfortable in those kinds of places than in the high-rise, high-society world of her billionaire ...