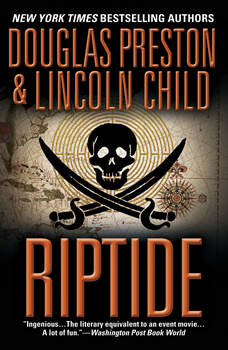 IN 1695, a notorious English pirate buried his bounty in a maze of booby-trapped tunnels on an island off the coast of Maine. In three hundred years, no one has breached this cursed and rocky fortress. Now a treasure hunter and his high-tech, million-dollar recovery team embark on the perfect operation to unlock the labyrinth's mysteries. First the computers fail. The then crewmen begin to die. The island has guarded its secrets for centuries, and it isn't letting them go--without a fight.

Edge of Evil
by J. A. Jance

The end of her high-profile broadcasting career came too soon for TV journalist Alison Reynolds—bounced off the air by executives who wanted a "younger face." With a divorce from her cheating husband of ten years also pending, there is nothin...

Tell No One
by Harlan Coben

Critically acclaimed, best-selling author Harlan Coben has won the Shamus, Anthony, and Edgar Awards during his impressive career. Tell No One is an irresistibly suspenseful thriller infused with nail-biting tension and packed with shocking plot twi...

The world can change forever in a single...SPLIT SECONDMichelle Maxwell has just wrecked her promising career at the Secret Service. Against her instincts, she let a presidential candidate out of her sight for the briefest moment, and the man whose...