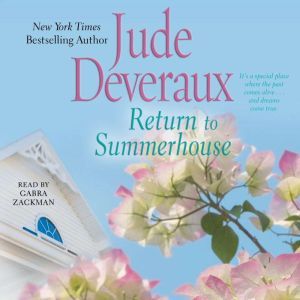 With her shining gift for “exquisite and enchanting” (Bookpage) storytelling, Jude Deveraux sweeps readers away in a breathtaking follow-up to her beloved New York Times bestseller, The Summerhouse—where a marvelous new adventure awaits.Magic most definitely resides in the Maine summerhouse where the mysterious Madame Zoya has granted the innermost wishes of its visitors. Now, three women have come to this special place with one thing in common: a painful past they would each like to rewrite. Amy, who hides a heartbreaking loss behind her seemingly perfect marriage and family...Faith, a widow in her thirties whose deepest grief is for a man from years ago...and Zoe, an artist shunned by her hometown for reasons she doesn’t know, after a traumatic night erased her memory. With their mystical powers, Madame Zoya and her sister Primrose are about to transport the trio to eighteenth-century England to alter Amy’s ancestry. But although surprises await each of them, will stepping back in time bring the women the happy endings they seek?