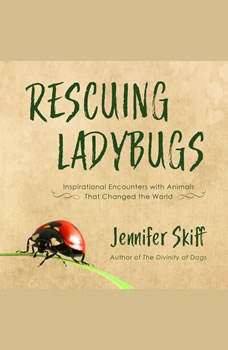 Rescuing Ladybugs: Inspirational Encounters with Animals That Changed the World

Countless times throughout our lives, we're presented with a choice to help another soul. Rescuing Ladybugs highlights the true stories of remarkable people who didn't look away from seemingly impossible-to-change situations and instead worked to save animals.