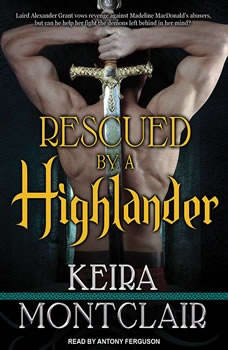 Rescued by a Highlander

Madeline MacDonald has been a victim of her stepbrother's cruelty ever since her parents' death in a fire two years ago. Forced into a betrothal to a man she hates, her only way out is to escape to a convent. Laird Alexander Grant is honor bound to rescue Maddie after seeing the bruises on her face. What he doesn't realize is that once he holds the beaten lass in his arms, his heart will never be the same. He vows revenge for the abuse she was forced to endure and yearns to make the sweet woman with an iron will his, but can he help her fight the demons in her mind left behind by her abusers' horrid treatment?