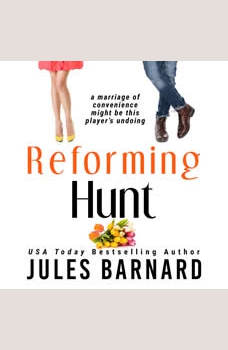 The player has met his match…

Life is good as long as he's got his boat, the steady line of beautiful women entering his resort, and cold beer nights with his brothers.

Until a new kid enters Club Tahoe's children's program and reminds Hunt what it was like to grow up without a father. Not to mention, the effect the kid’s mother has on him.

The last time Hunt got involved with someone he shouldn’t have, it nearly ruined his relationship with his brothers, the only family he has left.

Hunt should stay away from Abby…but he was never good at denying himself.

*Each audiobook in the Cade Brothers series is a standalone story that can be listened to in any order.*