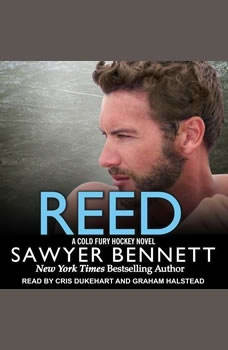 No one plays like Reed Olson, whether it's hockey season or not. After back-to-back NHL championships, he's craving a little R&R. Reed leans to a specific type—blond, busty, and interested—and fortunately he has a little black book full of options. So why is it he can't stop dreaming about the new girl who just moved in next door? A certified brainiac, she seems to want nothing to do with the hard-bodied athlete. Josie Ives desperately needs something her celebrity neighbor obviously doesn't: solitude. Reed is everything she imagined—a little too good-looking, with a body that puts Greek gods to shame. But she didn't expect he would also be funny and charming. Josie knows she's the opposite of his type, and that's fine with her. Still, the chemistry between them is undeniable. Their newfound friendship certainly has its benefits, but she's starting to wonder if opposites really do attract. Contains mature themes.