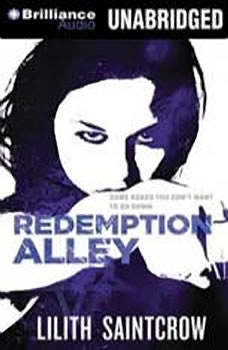 When her police contact asks her to look into a “suicide,” Jill Kismet suddenly finds herself in a labyrinth of deception, drugs, murder — and all-too-human corruption. The cops are her allies, except for the ones who want her dead. The hellbreed are her targets, except for the ones who might know what’s going on. Her city is in danger, time is running out, and each lead only draws her deeper. How far will a hunter go when her city — and her friends — are on the line? “Gritty, violent, and utterly compelling.” - Romantic Times on Night Shift

Magic in the Shadows
by Devon Monk

Allison Beckstrom's magic has taken its toll on her, physically marking her and erasing her memories—including those of the man she supposedly loves. But lost memories aren't the only things preying on Allie's thoughts. Her late father, the p...

When the dead call, she answers. Bounty hunting is a helluva job, but it pays the bills. And it lets Necromance Dante Valentine forget her issues--like struggling with her half-demon side and the memory of her lover's death. Now psychics all over ...

Car mechanic Mercy Thompson has always known there was something different about her, and not just the way she can make a VW engine sit up and beg. Mercy is a shapeshifter, a talent she inherited from her long-gone father. She's never known any othe...