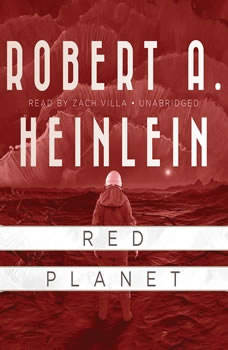 Jim Marlowe and his strange-looking Martian friend Willis are only allowed to travel so far. But one day Willis unwittingly tunes into a treacherous plot that threatens all the colonists on Mars, and it sets Jim off on a terrifying adventure that could saveor destroythem all.