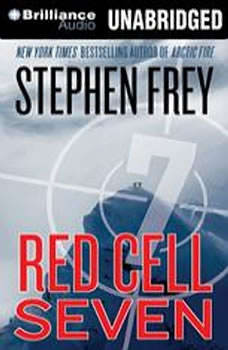 Created more than forty years ago by secret executive order, Red Cell Seven is a highly classified intelligence agency tasked with protecting America from the most catastrophic of terrorist attacks. But in the aftermath of a string of deadly terrorist attacks across the nation, Red Cell Seven finds itself drawn into a conspiracy that threatens to tear the organization apart.The president himself calls on Troy Jensen, a high-level clandestine operative and the son of Red Cell Seven’s current leader, to spearhead the hunt for the terrorists—even though Troy is still reeling from the murder of his brother. The deeper Troy digs, the clearer it becomes that the “Holiday Mall Attacks” are just the opening salvo in a fiendishly complex plot. Powerful forces are working to undermine Red Cell Seven, and Troy will have to risk everything to uncover the truth and protect what’s left of his family.The sequel from the bestselling author of Arctic Fire, Red Cell Seven delivers edge of your seat action.