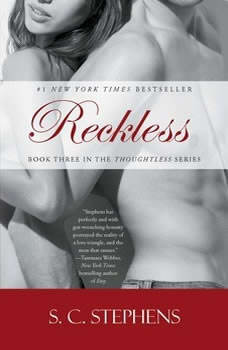 Can love survive when life gets Reckless? When the band hits it big, Kiera and Kellan must ask themselves: Can their love for each other withstand the constant pressures of superstardom? The friendships they've formed, the new family they've found, and the history they've forged will all play a part in helping them navigate the turbulent waters of the band's exploding popularity. A greedy executive hell-bent on success, a declining pop star looking for an edge, and a media circus that twists lies into truths are just some of the obstacles the lovers will have to overcome if they are going to remain together. Fame comes with a price-but will it cost Kiera and Kellan everything?