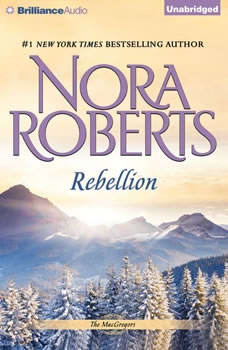 Her greatest love…with her worst enemyScotland, 1745: the Battle of Culloden looms in the near future as Scottish forces, led by Bonnie Prince Charlie, attempt to overthrow the English monarchy and restore the House of Stuart to the throne. Serena MacGregor, the fiery daughter of the powerful MacGregor clan laird, despises Englishmen and all they stand for. So when her brother returns home with his gallant friend Brigham Langston, an English ally, Serena knows the man can't be trusted.All it takes is one look at his friend's ravishing red-haired sister, and Brigham is captivated. But the hot-tempered beauty makes no secret of her hatred for him, and spurns his advances with a rapier-sharp tongue. As the danger escalates, though, Serena's passionate anger soon melts into desire…