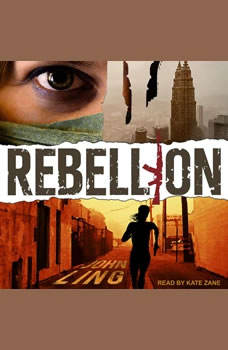 Rebellion: A Raines and Shaw Thriller

A kidnapped child. A nation in crisis. A woman who knows no limits . . . Maya Raines is a spy caught between two cultures. She's half-Malaysian and half-American. Her skills are razor-sharp, but her soul is eternally conflicted. Now she finds herself drawn into a web of intrigue when a crisis erupts in Malaysia. A female terrorist named Khadijah has kidnapped the young son of an American businessman. It's a brazen act that marks the beginning of a civil war that threatens to destabilize Southeast Asia. Who is Khadijah? What does she want? And can she be stopped? Maya is determined to rescue the kidnapped boy and get answers. But as she tracks Khadijah, searching the back alleys and ghettos of a nation on the verge of collapse, she'll discover that her mission will be anything but easy. Loyalties are shifting. Secrets will be revealed. And for Maya, this will be a harrowing journey into the heart of darkness, forcing her to fight for everything that she believes in. Who is the hunter? Who is the hunted? And what will the ultimate sacrifice be?