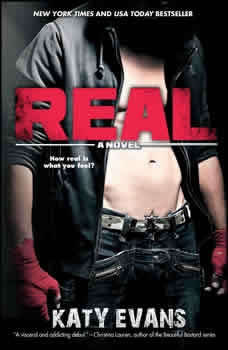 An indie phenomenon and New York Times and USA TODAY bestseller, the first in a heartwrenching New Adult series about a beautiful young sports rehab specialist who can't fight her attraction to a dangerously sexy underground fighter.A fallen boxer.A woman with a broken dream.A competition…He even makes me forget my name. One night was all it took, and I forgot everything and anything except the sexy fighter in the ring who sets my mind ablaze and my body on fire with wanting…Remington Tate is the strongest, most confusing man I’ve ever met in my life.He’s the star of the dangerous underground fighting circuit, and I’m drawn to him as I’ve never been drawn to anything in my life. I forget who I am, what I want, with just one look from him. When he’s near, I need to remind myself that I am strong–but he is stronger. And now it’s my job to keep his body working like a perfect machine, his taut muscles primed and ready to break the bones of his next opponents...But the one he’s most threatening to, now, is me.I want him. I want him without fear. Without reservations.If only I knew for sure what it is that he wants from me?