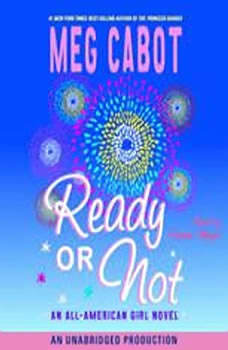 Ready or Not: All-American Girl #2

ALL-AMERICAN GIRL 2: READY OR NOT finds Samantha Madison, everyone's favorite national heroine, dealing with life as the girlfriend of the first son, but also her cheerleader sister's romantic problems as well.


"A compelling story with a strong plot line, a little teen angst, a little romance, and great dialogue - and narrator Ariadne Meyers makes it even better. Listeners will be left hoping to hear more from both Samantha and Ariadne Meyers." -- AudioFile magazine on All-American Girl.