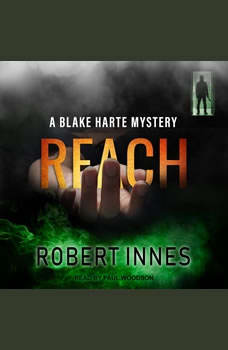 Seven years ago Thomas Frost was arrested for the murders of five women in the Manchester area and Detective Sergeant Blake Harte was the officer in charge of his arrest, saving the life of Kerry Nightingale in the process. Now, Frost has promised that Kerry was never safe and she'll be dead within a few days. Sure enough, somehow, Kerry is found dead in her top floor apartment—a place that was being guarded by Blake and the apartment's security. How is it possible for Kerry to have been murdered in her apartment when nobody could have gotten in or out? Did Thomas Frost somehow manage to murder Kerry from his prison cell? Who else could want to see her dead quite as much? As Blake and the team attempt to stop a killer who is seemingly capable of anything, he could never imagine that for somebody else in Harmschapel, time is also ticking . . .