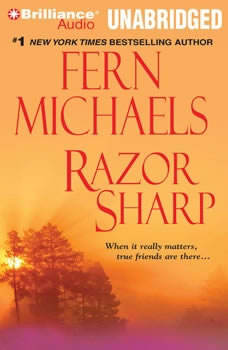 When it comes to repaying a debt, the women of the Sisterhood—Myra, Annie, Kathryn, Alexis, Yoko, Nikki, and Isabelle—never forget. And now one of their allies needs help only they can give. A powerful attorney with a cut-throat reputation, Lizzie Fox has just taken on a high-profile new client—Lily Flowers, the Madam of a high-end bordello operating under the guise of a summer camp. The chips—a.k.a. the prominent Washington politicians who frequent the bordello—are stacked against Lily and her girls. But one phone call to the Sisterhood might just swing the vote. And soon, even the highest courts in the land will prove no match for seven fearless friends determined to ensure that real justice is served, Sisterhood style.