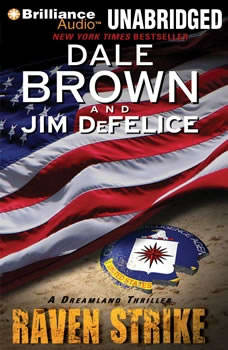 In the blistering heat of the Sudan, the CIA has gone rogue. On the trail of a notorious terrorist, Agency operatives have overstepped their sanctioned boundaries. And now the ultimate weapon has fallen into the wrong hands. As Danny Freah and his spec-ops team scramble to recover a top secret aircraft that has crashed in Africa, Whiplash Director Jonathon Reid finds himself mysteriously shut off from information about the robot drone and its mission. Maneuvering through the twisted back corridors of the CIA and Washington’s power elite, Reid discovers secrets both illegal and highly dangerous—a virtually unstoppable assassin and an out-of-control clique within the Agency.Torn between loyalty and conscience, Reid must find a way to alert the President and avert a national disaster. But with the Whiplash team caught in the chaos of a brutal African civil war and CIA officials desperate to keep Reid from telling what he knows, a monster re-emerges to target its creators…