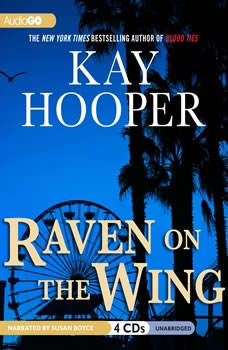 Raven on the Wing

Marry me! Josh Long insisted, but elusive woman of mystery Raven Anderson denied the electrifying attraction she felt when he pulled her into his embrace. Seductive but never truly seduced, Raven knew how to ignite a fire, but had never been burned herself-until Josh's fierce hunger brought her ecstatic surrender in his arms. Were his money, power, and passion enough to protect his mercurial lover from shadows that threatened her life?