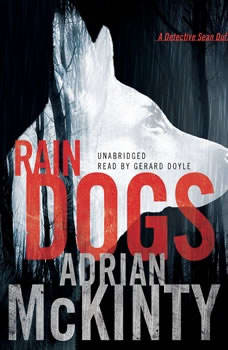 Rain Dogs, a stunning installment in the Sean Duffy thriller series, following the Edgar Award-nominated Gun Street Girl, is another standout in a superior series (Booklist). Its just the same things over and again for Sean Duffy: riot duty, heartbreak, cases he can solve but never get to court. But what detective gets two locked-room mysteries in one career? When journalist Lily Bigelow is found dead in the courtyard of Carrickfergus Castle, it looks like a suicide. Yet there are a few things that bother Duffy just enough to keep the case file open, which is how he finds out that Bigelow was working on a devastating investigation of corruption and abuse at the highest levels of power in the UK and beyond. And so Duffy has two impossible problems on his desk: Who killed Lily Bigelow? And what were they trying to hide?

Enjoyed the intelligence of the main character and the author. All the characters were interesting and the plot was remarkably clever.

Enjoyed the intelligence of the main character and the author. All the characters were interesting and the plot was remarkably clever.