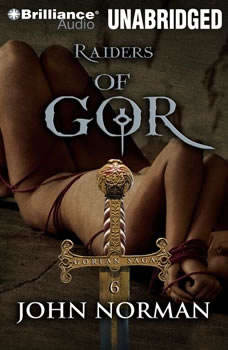 In this sixth book in the Gorean series, former earthman Tarl Cabot finds himself in the most depraved city that Gor has to offer. Port Kar is a city of robbers, brigands and men without allegiance to any cause or kingdom where the weak are quickly consumed by the strong. However, Tarl Cabot is able to flourish in the cutthroat environment of the city, for he is a powerful Tarnsman, used to having his way. He finds that there is much to learn in Port Kar, where the people are celebrated for their skill of training their voluptuous slaves into utter obedience.