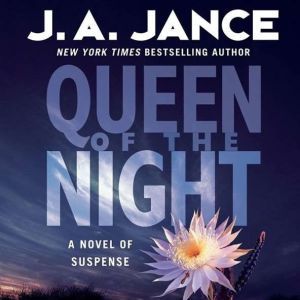 Queen of the Night: A Novel of Suspense

“J.A. Jance is among the best—if not the best.”—Chattanooga TimesIn Queen of the Night, New York Times bestselling author J.A. Jance brings back the Walker family—introduced in Hour of the Hunter, terrorized in Kiss of the Bees, and last seen in Day of the Dead. A multilayered thriller, gripping and unforgettable—evocatively set in the breathtaking Arizona desert—Queen of the Night is a chilling tale of murder past and present that connects and devastates three separate families.