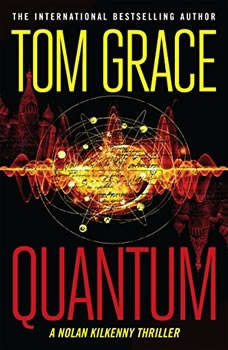 In 1948, a young German emigre reaches the threshold of a scientific vision: a theory of everything - the very blueprints for the construction of the universe. Then his dreams of a future in America collide with the horrors of his past, and both he and his research are seemingly lost forever.More than half a century later, an American scientist at the University of Michigan unveils a new source of energy. The invention - a quantum power cell - is still in the experimental stage, but has the potential to radically reconfigure the economy by making traditional forms of energy production obsolete.Halfway around the globe, Russian billionaire Victor Orlov bankrolls a competing quantum project. In a race to claim the patent and reap the financial rewards, he knows that beyond developing his own technology he must force the Americans to terminate their research. In what could become the greatest theft of all time, Orlov organizes mercenaries, spies, and the Russian Mafiya to seize the secrets he needs.When the battle for Quantum technology explodes, Nolan Kilkenny finds himself at ground zero. In order to stop Orlov from stealing the future, Kilkenny has to fight a war across two hemispheres - as he races to solve a mystery that has gone unanswered for more than fifty years.A story of men and women forced to make impossible choices, Quantum hurls us into the dangers of the twenty-first century, a place where human courage may still be the most unpredictable and potent force of all.