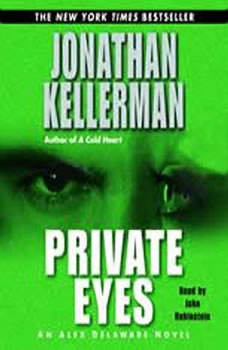 The voice belongs to a woman, but Dr. Alex  Delaware remembers a little girl. It is eleven  years since seven-years-old Melissa Dickinson dialed  a hospital help line for comfort--and found it in  therapy with Alex Delaware. Now the lovely young  heiress is desperately calling for psychologist's  help once more. Only this time it looks like  Melissa's deepest childhood nightmare is really  coming true ...  Twenty years ago, Gina Dickinson, Melissa's  mother, suffered a grisly assault that left the budding  actress irreparably scarred and emotionally  crippled. Now her acid-wielding assailant is out of  prison and back in L.A.--and Melissa is terrified  that the monster has returned to hurt Gina again.  But before Alex Delaware  can even begin to soothe his former patient's  fears, Gina, a recluse for twenty, disappears. And  now, unless Delaware turns crack detective to  uncover the truth, Gina Dickinson will be just one  more victim of a cold fury that has already spawned  madness--and murder.