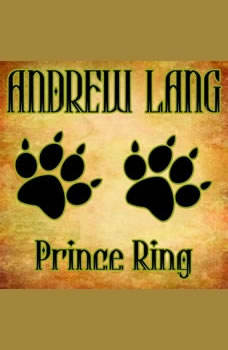 Prince Ring was a prince not as adventurous as most. But one day, while out hunting, he finds a beautiful golden ring on the antlers of a deer that greatly attracts him and he finds himself on a much greater adventure than he ever intended. He gets separated from the rest of his hunting party, and discovers a woman who has a large barrel, with another beautiful gold ring at the bottom. While inspecting it, the woman pushes Prince Ring into the barrel and tosses him into the sea. Prince Ring eventually washes up on an island, where he encounters an exceedingly kind Giant and his wife. When Prince Ring takes his leave, he brings with him a giant dog and the promise to inherit all that the Giant and his wife own upon their death. Prince Ring and his dog, Snati-Snati, then go on more adventures together with Snati being their guide. Andrew Lang (1844-1912) was a Scottish writer who collected fairy and folk tales from various cultures and put them together in twelve volumes of tales. He was noted for taking the tales from as many original sources as possible, keeping the fairy tales close to their intended meaning