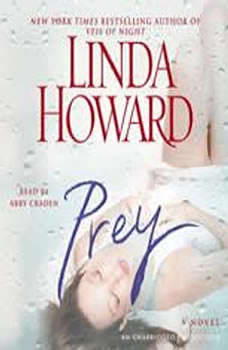 In this captivating novel of romantic suspense, New York Times bestselling author Linda Howard brings us deep into the wild, where a smart and sexy outdoor guide and her ruggedly handsome competitor must join forces to survive—and avoid becoming what they never expected to be:

Thirty-two-year-old Angie Powell has always spoken her mind, but in the presence of Dare Callahan she nurses a simmering rage. After all, why give Dare the satisfaction of knowing he can push her buttons and push her to the edge?

Three years ago, Dare returned home to rural western Montana and opened a hunting business to rival Angie’s. Complicating matters is the fact that Dare has asked Angie out (not once but twice) and has given her a gift of butterflies in the process. Angie has no patience for butterflies. They only lead to foolish decisions. And now the infuriatingly handsome Iraq war vet has siphoned away Angie’s livelihood, forcing her to close up shop.

Before Angie is to leave town, she organizes one last trip into the wilderness with a client and his guest, who wants to bag a black bear. But the adrenaline-fueled adventure turns deadly when Angie witnesses a cold-blooded murder and finds herself on the wrong side of a loaded gun. Before the killer can tie up this attractive loose end, a bear comes crashing through the woods—changing the dark game completely.

Luckily, Dare is camping nearby and hears the shots. Forced together for their very survival, Angie and Dare must confront hard feelings, a blinding storm, and a growing attraction—while being stalked by a desperate killer and a ferocious five-hundred-pound beast. And neither will stop until they reach their prey.

Against the Rules
by Linda Howard

When Cathryn Ashe was seventeen, she ran away to the anonymity of the city after a romantic encounter with Rule Jackson, the manager of her father's ranch. Now, eight years later, her father has passed away, leaving her the ranch, and Cathryn return...

Reese Duncan wanted a wife, pure and simple. Someone to have children with, someone to help him rebuild his ranch, someone uncomplicated...and someone very different from his first wife, the woman who'd destroyed his life. But he hadn't bargained on...