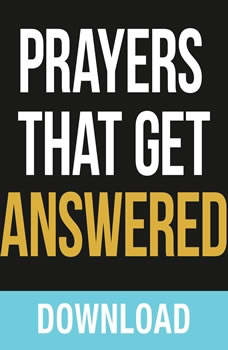 Prayers That Get Answered: Seven Bible-based Truths to Help you Enjoy a More Exhiliarating Prayer Life

When you pray do you ever feel like you’re missing the bull's-eye? Perhaps you think you don’t speak eloquently enough. Or you’re not sure if God even wants to hear what you have to say. The question we must ask is do our prayers line up with God’s Word.