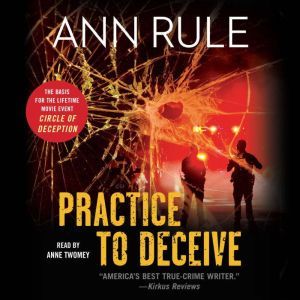 From the New York Times #1 bestselling author comes a riveting true-crime mystery set on a sleepy island in the Pacific Northwest: a man is murdered and the long list of suspects includes an aging beauty queen and her boyfriend. One wintery night on tiny, quiet Whidbey Island off the coast of Washington, Russ Douglas spent Christmas with his estranged wife, Brenna. She agreed to let him visit his children even though they were headed for divorce. He left Brenna Douglas’s home in Langley on the morning of December 26, 2003 to run some errands. But hours passed and the sun set in the late afternoon; Russ didn’t return home as he’d promised his children he would. Nor did he come back during the night. On the afternoon of December 27, a couple walking down a rural road noticed a vehicle that had apparently backed into the driveway of a cabin. Since many of the places were vacant during the winter, neighbors kept an eye out for strangers. Curious, they walked up the cabin’s driveway to check inside. They saw a man in the front seat, still strapped in his seatbelt, dead from a gunshot wound to the head. They immediately put in a call to the Island County Sheriff’s Office. The dead man was easily identified; it was Russell Douglas. But what came next surprised law enforcement and captured the attention of the entire town when the suspects included an aging beauty queen, her guitar-teacher lover, and Russell’s widow, Brenna. With her trademark aplomb, Ann Rule unravels the fascinating story of a murder, a small town, and a number of potential killers.