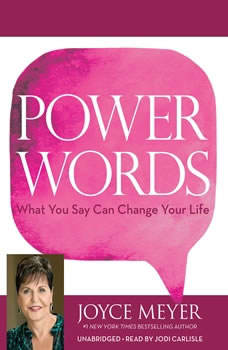 Power Words: What You Say Can Change Your Life

Joyce Meyer, # 1 New York Times bestselling author, helps readers tap into the life-changing power of positive words and prayer to overcome everyday problems in POWER WORDS. Developing the habit of speaking God's Word will unlock the power of transformation in readers' lives. In this compact derivative of her bestselling book, Me and My Big Mouth, Joyce Meyer draws from personal experience and Scripture to illustrate how prayer and positive words can be used to overcome every challenge that stands in the way of fulfillment. Joyce teaches readers how to to stop talking idly about their problems and use God's POWER WORDS to defeat them.