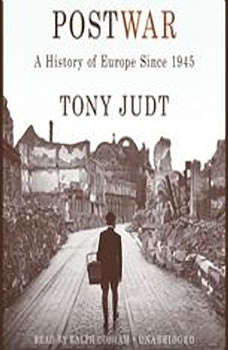 Postwar: A History of Europe Since 1945

A Finalist for the Pulitzer Prize and Named One of the Ten Best Books of the Year by the New York Times Book Review Almost a decade in the making, this muchanticipated grand history of postwar Europe from one of the worlds most esteemed historians and intellectuals is a singular achievement. Postwar is the first modern history that covers all of Europe, both east and west, drawing on research in six languages to sweep readers through thirtyfour nations and sixty years of political and cultural changeall in one integrated, enthralling narrative. Both intellectually ambitious and compelling to read, thrilling in its scope and delightful in its small details, Postwar is a rare joy.