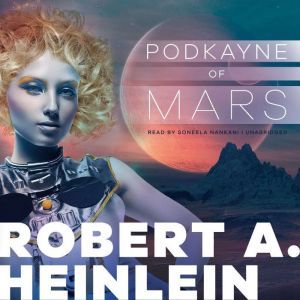 A tale beloved by many fans of Robert A. Heinlein, Podkayne of Mars tells the story of a young Marswoman and her interplanetary adventures with her uncle and her genius brother. Told largely through Podkaynes diaries, the story details her travel to Earth with her two companions. Podkayne has definite plans on what to do and how to do it, but not everything is as it seems. She is suddenly thrust into the middle of life-or-death situations when the liner they are traveling on makes a stop at Venus. Heinlein was originally asked to change the controversial ending, and he reluctantly did. But he felt the original ending better suited the story and was never satisfied with the modified safer ending. This edition restores the book to how Heinlein originally wrote it.